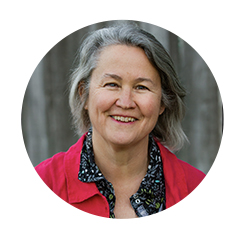 During the 20 years Laurie Glover taught at UC Davis, she had the good fortune to teach in the Nature and Culture program with world-class scientists such as Eldridge Moores and literary giants such as Gary Snyder, to collaborate with Latina and Israeli poets Maria Melendez and Yosefa Raz, and to co-author a leftist guide to California with historian Victor Silverman.

On her own, Laurie has published poetry and essays in journals such as ZYZZYVA and California Quarterly. She is currently working on Traveling Solo in the Company of Others, a collection of essays about touring Australia and New Zealand in the footsteps of Charles Darwin and John Muir.

Any cookies that may not be particularly necessary for the website to function and is used specifically to collect user personal data via analytics, ads, other embedded contents are termed as non-necessary cookies. It is mandatory to procure user consent prior to running these cookies on your website.